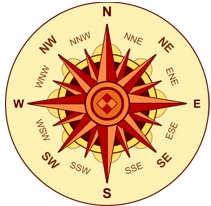 I know it’s balsam in the Rocky Mountain air we’re hiking through this morning (as a kid, I built forts in stands of pine and fir), but darned if I can figure out if that’s a chipping sparrow or a chipmunk I’m hearing. My hiking pal, Linda, has her master’s in environmental education and, as nature guide, is in high demand on hikes like this. From the second we step on a trail, she is all curiosity and intention: she’ll know what’s making the sound. What is basically undifferentiated birdsong to me is a many-part, highly specialized chorus to her: ruby-crowned kinglet, dark-eyed junko, western wood peewee. As for flowers, I know only colors: purply-blue, yellow. She knows arrowleaf balsamroot (not to be confused with mules ears), lupine. Around the corner, further up the trail, she’ll announce that it’s a ruffed grouse flying at us, protecting her nest. All I see is an agitated medium-sized bird that is not a chicken.

How Linda moves through the wilderness reminds me that paying attention gives you a bigger experience, a deeper sense that you’ve been somewhere, simply more bang for the buck. At the extreme, she reminds me of how Christopher John Francis Boone, the narrator in Mark Haddon’s The Curious Incident of the Dog in the Nighttime, experiences the world: “I see everything,” he tells us—in contrast to most people, who, he says, are “lazy. They never look at everything. They do what is called glancing, which is the same word for bumping off something and carrying on in almost the same direction.” While it’s true that Christopher is uniquely hardwired for this kind of investigatory intensity, this precision, he does have a point.

And so I’ve decided, at the doorstep of my final year at Thacher, that I don’t want to commit the sin of merely glancing. Although I’m a varsity worrier and a Katie-bar-the-door planner, I want to stay until we leave—really be here, all-in all the time. (This is far preferable to considering what Michael and I will do on Saturday nights).

Two years ago, I designed a third trimester senior English elective—Thacher 360: The Power of Place—around the challenge and reward of intentional leave-taking. Actually, that course started in a final exercise in another of my senior electives, this one in personal narrative writing called Turning Toward Home. The prompt originated in “Wapiti School,” an essay in Mark Spragg’s collection Where Rivers Change Direction. In it, Spragg subtly structures the first section—the geographical backstory that becomes the storyworld—around the four cardinal compass points, keeping his remembered rural Wyoming schoolhouse right in the middle. In the culminating class exercise, I swapped out Spragg’s school for the Pergola—the heart of our campus—brought the students there with notebook and pen, and asked this: How do you describe this school-and-home to reflect even a small part of its meaning to you, now see Commencement around the corner? Sit on the Kidney in a space pointing in a direction that holds an important slice of your Thacher. Combined and bound together in a book, those essays—descriptive, narrative, philosophical, or lyrical—became a 360° view.

My own Thacher 360° long-look will be solo, but I hope that by doing some of the exercises I designed for those seniors on the cusp of their graduation, I can create the good goodbye I want—and probably need—after nearly 35 years in this place. It’s not so much about closure (something I don’t necessarily subscribe to as a principle of moving through life) as it is about deliberate focus and thoughtful capture, about seeing as much of Christopher’s “everything” in the detail and depth it offers and then putting it on virtual paper.

Besides Christopher, of course, I’ll have to channel Linda—her inquisitiveness even when hiking a trail she knows well, her eyes-and-ears-wide-openness, her self-discipline to know not just the names of things but their evolving relationships to each other and to her as a keen observer.

I’ll be posting here each week about something that’s come into high-resolution for me in the days intervening. You’re welcome to check in when the spirit moves.