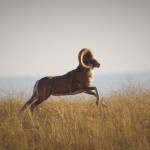 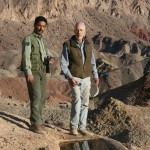 Regarding last spring’s Scientific Information Exchange program for wildlife conservation and management, I acted as a liaison between the National Academy of Sciences, which was the official American sponsor, and the Persian Wildlife Heritage Foundation, in Iran (with which I am indirectly associated). PWHF then proceeded to arrange for an appropriate sponsor in Iran (the University of Tehran), choose and vet prospective Iranian participants, and then assure security officials that there were not going to be any “political problems.”

In general, through the U.S.-based Persian Wildlife Foundation (PWF) and Ayatollah Ahmad Iravani’s NGO, the Center for Studies of Islam and the Middle East (CSIME), I am involved in fostering and arranging scientific information exchanges between the US and Iran. That includes efforts to help arrange workshops between Iran and Afghanistan – to resolve the environmentally-dangerous drying out of the wetlands (called Hamouns) which catch the final water from the Helmand River, out of Afghanistan. If they continue to dry out, the ensuing damage from salt-laden dust storms will ruin huge amounts of agricultural land and render many homes unlivable.

When I travel to Iran – once, or twice, per year – I spend some time in meetings in Tehran. (We work closely with the Department of the Environment – a combination of Fish & Game and EPA.) Mostly, however, I try to visit new wildlife protected areas and archaeological sites – all over the country. Fortunately, it seems that they know me well and give me free rein.