On October 5, 2018, Bill McNabb, CdeP 1954, was inducted into the Pacific Coast Quarter Horse Association Hall of Fame at a ceremony in Paso Robles. Bill has long been famous at Thacher for the photo of him picking up an orange at a gymkhana.

Horses have played an important role throughout Bill’s life, beginning with learning to ride as a 5-year-old in San Mateo to his years at Thacher, where he not only competed in gymkhana, but as an A camper, he regularly rode his horse Sage into the Sespe and vicinity with classmates.

His involvement with Quarter Horses began in his mid-twenties. At his Sacramento ranch he bred and raised many award-winning show horses, including Polo Lola 1961, Hi-Point All Around Horse of the Year and Polo Ojos, High-Point Mare of the Year. He served on the board of the Pacific Coast Quarter Horse Association and then became Executive Secretary of the Association. During his time managing the Association, he dramatically increased membership and published a monthly magazine.

Bill’s career with horses took a new turn when out of frustration with the lack of good photographs to use in the magazine, he went to photography school. He ultimately left the Association to become a horse photographer, shooting for ranches and race tracks throughout the Western USA. He photographed many famous Quarter Horses, including 1969 All American Futurity winner and World Champion Easy Jet, who was later syndicated for $30 million, the highest price paid for a horse at that time.

The equine tradition has lived on in Bill’s family. His son Kevin and wife Chris own Twin Palms Combined Training in Loomis, California, where they prepare young riders and horses for three-day events. Kevin’s daughters, Jordan and Mackenzie, are both three-day eventers and Jordan has her own training business, JB Sport Horses, in nearby Orangevale. 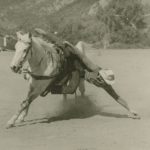 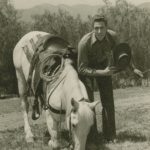 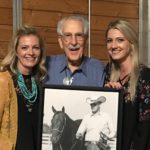